ASLPN > Prayer Training > Our Will and Obedience

Our Will and Obedience 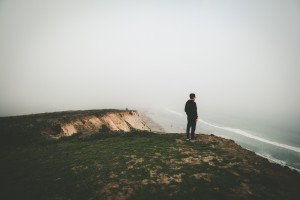 The life of the Believer which is lived by the way of the Cross, is a life that calls for total yieldedness to the will of God our Father. The lifestyle of continually abandoning your own will and taking up the will of the Master does not come automatically. It is a process that comes from knowing who you serve and whose you are, trusting His heart and leadership over your life, and agreeing to whatever He wills for your life. This process is the road to total obedience.
Even Jesus, who was the God-Man, had to yield His will and take up this same challenge. It is recorded that though He was a Son, He learnt obedience through the things that He suffered. He had to endure the process of knowing that He was God, yet for 30 years did not reach out to touch men, meet their needs, teach, do miracles or perform any of the acts that He eventually did while he was on earth. When the time was ripe and He had learnt obedience, He was released to carry His Cross in obedience (by withholding Himself from His own will) and to walk in the way of ultimate victory. The first 30 years of His life served to teach Him the way of laying down His will for that of the Master even unto death.
By accepting this way and plan, Jesus gained victory over the Devil and obtained salvation for all mankind who will be willing to follow in the same path. The Book of Hebrews describes Jesus as the Author and Finisher of our faith (Heb 12:2); and Jesus Himself urged His Disciples that If anyone wishes to come after Me, he must deny himself, and take up his cross and follow Me    (Matt 16:24).
The place where we can learn obedience is in our preparation to govern and rule in the Spirit. This is only possible when we rule under the mantle of the Kingdom of God. Jesus had to learn how to live a surrendered life, by surrendering His will to God’s own. Since all human beings possess this freewill, we must learn to be bond servants like Jesus was. Whereas, all believers are seated in Christ, each person must practically live and operate in that level of governance. When we do, we have power which can be rightly utilized for the fulfillment of God’s plan and glory on earth.
There were many other people in the Bible that surrendered their will to that of the Master and lived in total obedience to Him. One of such people whom God himself described as a man after His own heart was David.  Although David was elevated to the position of Kingship, he would not do anything without resorting to God’s leadership and obeying His commands and leading. Similarly, the Apostle Paul described himself as the Bond Servant of Jesus. A bond servant is one who has the opportunity to take his freedom but willingly decides to remain a servant to his master. He only operates by the Master’s will and plan. Jesus declared the same thing in John 5:19 – “Then answered Jesus and said unto them, Verily, verily, I say unto you, The Son can do nothing of himself, but what he seeth the Father do: for what things soever he doeth, these also doeth the Son likewise.” He was no longer His own but He only did as His Father desired. As a result, He recorded complete successes in all He did because God never fails.
For Believers to live in victory and be successful, there is the need to yield totally to God and live in that sphere of only obeying His will. Then there will be fruitfulness in the Spirit. The level to which we obey God is the level to which He manifests His will on earth through us. The level to which we obey God is the level to which we surrender our will. When we obey God, we present all we have – including our Bodies, as a living sacrifice. Then we can rule in the Spirit, through our obedience, waiting on God, hearing from Him and living the Kingdom lifestyle. At this point we can truly say,Thy Kingdom come, and let Thy will be done.

“Who (Jesus), being in the form of God, thought it not robbery to be equal with God, but made Himself of no reputation, and took upon Him the form of a servant and was made in the likeness of men: and being found in fashion as as a man, he humbled himself, and became obedient unto death, even the death of the cross. Wherefore God also hath highly exalted him, and given him a name which is above every name.”