ASLPN > Prayer Training > Thy Kingdom Come, Thy Will Be Done

Our Father which art in heaven, Hallowed be thy name.Thy kingdom come. Thy will be done in earth, as it is in heaven Mathew 6 :9-10 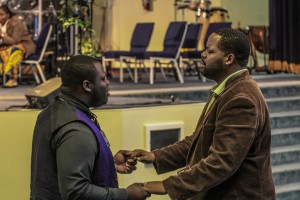 Out of the myriad of gifts that God has given to man, one in particular that is regularly used to rile, rebel and challenge God is the gift of freewill. This wonderful gift allows man to either respond in humility, surrender and agreement with God or react in opposition- with pride and rejection towards his Creator. The irony however, is that God wants His will to prevail in our lives and if we yield to it we experience the highest rewards and joys. The process towards relinquishing our will to His own is demanding, most times humiliating and painful and requires total brokenness on our part.
Even Jesus, who was born without man’s original sin because he was not conceived by Adam’s seed but by the Holy Spirit who overshadowed and impregnated Mary, still He had to exchange his will to take on man’s sinful will and nail it to the cross.  The full weight of God’s wrath and judgement hung on Jesus and He bowed to God’s will, which led to His death and ultimately, His exalted position at God’s right hand on His throne. Only after that exchange was Jesus’ full ministry of being man’s substitutionary sacrifice and Savior, fully realized by humanity.
The struggle that Jesus went through at Gethsemane had to do with His will being totally surrendered to God’s in order to allow the Divine will to manifest. When man yields to God as Father, Lord, Ruler, and all the attributes due Him, and us allowing Him to function as such, then the weight of His will and Kingdom prevails.
For Jesus at Gethsemane, His wrestling came about because: He was the Son of God, He had to surrender and yield His will; He gave up His integrity and all; He became poor, weak and completely put on sin in total surrender to God’s will.
In the Lord’s prayer, we pray Thy Kingdom come,Thy will be done. For the world to fully experience the power of Heaven ruling the atmosphere, it is dependent on Believers surrendering their will in exchange for God’s will to rule and take charge. God is looking to partner with those who will allow Him to have His way, and meet His demands and expectations. It is because He wants His will in our lives that He allows us to go through some processes to bring us to that place of surrender.
Moses had to transition from the place of being a “somebody” who did as he willed (killing the Egyptian and thought he had answers and authority because he was “somebody” of importance). Then God sent him to the wilderness where he became a nobody but a “shepherd Boy” dependant on others for his accommodation, feeding, marriage and sustenance, before he “met” God in the Burning Bush. He had relinquished his will and realized he was a nobody when God called him, so he was not so forthcoming when asked to lead others. Then finally, God promoted him to be a “somebody” after his will had been broken.
Joseph had a similar experience going from an honored and favored son to a servant and prisoner who was wrongly accused, before he got promoted to a position of power and authority.
It is impossible for us to know God’s will in prayer until our will is broken and surrendered to His will. Jesus did not defeat Satan by wonders, signs, miracles or teachings but by His complete surrender and yieldedness to God’s will on the Cross. We cannot do less. The victory over Satan was won and settled from the exchange of wills at Gethsemane. In our day and time, the same exchange of our wills for God’s, will enable us to see His power manifested and His Kingdom rule over all until thekingdoms of this world become the kingdom of our Lord’s and His Christ and He shall reign forever and ever (Rev 11:15). Heaven respects and does the will of God in totality; so should the Earth.