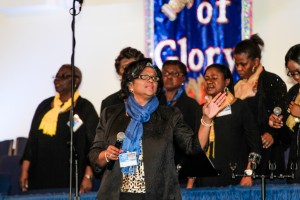 And the Lord shewed signs and wonders, great and sore, upon Egypt, upon Pharaoh, and upon all his household, before our eyes; And he brought us out from thence, that he might bring us in, to give us the land which he sware unto our fathers.

This Season of Good Friday, Easter, Blood Moons, Shmita and Passover, which comes to an end this Friday April 11, 2015 brings with it so much significance. One of the most relevant of course is the message of Salvation and Deliverance from Sin and all its attendant effects.
Another significance can be found in the many provisions that the Lord has made for Believers to enjoy the benefits of the sacrifice at Calvary. Individuals, families and groups can lay hold of these. Every Christian should take hold of the season and “through faith keep the Passover”  (Heb 11:28) to personally receive what has generally been made available to all.
Even Moses had to personally “leave” Egypt when he fled from Pharoah before the general Exodus where all the Israelites were granted their freedom. As we corporately entered this Season,it is now incumbent on all of us to exercise our “faith” to personally appropriate  the blessings associated with it.
One of such benefits is the transition from the old to the new, from Egypt to the Wilderness and finally into the Promised Land. There were other things that were obtained in the Exodus and are available for us today: first, the Passover season brought an end to 430 years of bondage for the Israelites. Secondly, it brought an end to the power of the gods of Egypt; also to Pharoah’s reign over them and that of their taskmasters. All these by the blood of the Lamb. Now by the power of the Blood of the covenant, like them we can through faith come into God’s reserved wealth of the heathen (they plundered Egypt of their wealth which they willfully gave them Ex 12:36) and we can receive uncommon favor as they did. In our time, God will judge the “gods” of our generation also, and bring health and healing to his people –there was none feeble among them  Ps. 105:37.
There were more positive experiences for the Israelites – they enjoyed the leading and presence of God through the Pillar of Fire and Cloud that led them; Egypt and the nations melted in fear of them and they saw the miraculous works of God as they crossed the Red Sea and the Jordan River. After that crossing, there was circumcision and “they did eat of the old corn of the land on the morrow after the Passover, unleavened cakes, and parched corn in the selfsame day.”

And the manna ceased on the morrow after they had eaten of the old corn of the land; neither had the children of Israel manna any more; but they did eat of the fruit of the land of Canaan that year.” Josh. 5:11-12. It was no longer the old, daily Manna (with no storage and only enough for a day at a time- limited availability).For us “the Blood of Jesus will forever testify of this season because He obtained a complete and more perfect redemption for us. Now therefore, the old has given way to the new, the rule of Satan for thousands of years after the Fall is broken as Jesus stripped him of all his power at Passover, effectively humiliating and rendering the powers of darkness powerless and restoring dominion to the Church, the Institution of which we shall celebrate 50 days after this observance of Good Friday. The good news is this: our season of lack and servitude, bondage and oppression- is over! the new which came over 2000 years ago ushered in freedom, provisions and power. These are  our portion and inheritance now. Praise God for his sacrifice and “indescribable gift”  2 Cor 9:15.
Your Servant,